Back to all posts

Musicians/Producers: How To Network, Get, and Keep Gigs! 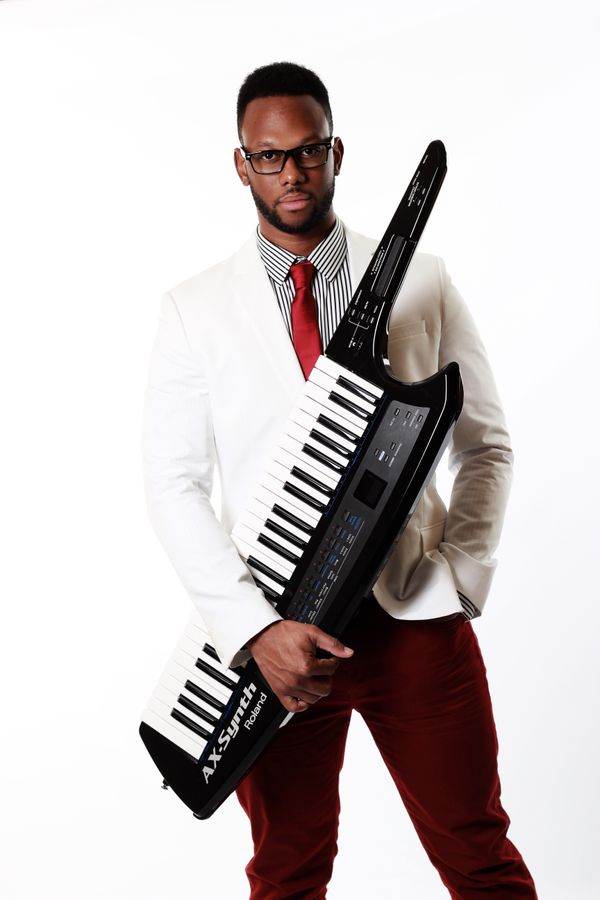 Someone asked me the other day, "how does a musician go about getting gigs and networking?" I thought that was a really good question, so i decided to blog my opinions on what i feel the answer to that question is. Once again, these are my opinions. Agree or disagree if you will. It's OK!

To start off, I'm gonna talk about networking first. This section is really geared towards songwriters and producers, but anyone can apply it to whatever they do. Im gonna try to make this as simple as possible and give you 3 things I feel you should always keep in mind while networking.

1. Network with people who actually need what you have to offer.

What does this mean? If you're a songwriter, you want to believe that every other songwriter wants to co-write with you. You would like to think that two heads are better than one. But when it really boils down to it, another songwriter doesn't want YOUR songs lol. Especially if they are an accomplished writer and you are not. You asking to co-write with them is basically asking them, "um...excuse me. That paycheck that you make to feed your family....will you split it with me?" Now I'm not saying to not network with other writers, I'm just cautioning you to not spend all of your time doing that. People co-write all the time, but usually both/all parties are on the same level. If you are an upcoming song writer, then you need to connect with someone who NEEDS you! This applies to whatever you do. The simple chart below will give you an example of who i think you should network with to get the most "bang for your buck!" Of course you're not limited to this, but:

2. Network with people who DON'T need what you have to offer, but are connected to people who do.

This is something I started doing years ago. What this basically means is if you're trying to get some music industry contacts, talk to people who have absolutely nothing to do with the music industry! Why does this make sense? Well, everybody knows somebody. You could stop a random person on the street and ask them if they have any musicians in their family, or if they know anyone that's into music, and there's a good chance they know somebody. You'd be surprised. I was talking to someone randomly the other day. I told them I was into music but i would like to get into acting someday. She immediately started sharing info about someone she knew personally since her childhood, that directed big hit movies like Taken, Taken 2 and so on! The great thing about it is that since she wasn't trying to make it as an actor, or anything else in the entertainment industry, she was just thrilled to give me info on how to contact this guy! She had nothing to loose or gain. She didn't have to worry about me "stealing her gig," or "getting a cut of her money," because that particular field had nothing to do with her. Get my point?

If you're one of those people who can play, record, produce, write, mix, and master your own songs, don't tell that to the person you're trying to network with! It's an automatic red flag. You're basically telling that person, " I DON'T NEED YOU, but please... send me business!" Yep that'll get you nowhere fast. If you're a producer that also writes, and you're trying to get your first placement on a major record, good luck trying to do both! Your best bet, is to be which ever one they need. If they have writers, just submit tracks. If they have producers, then just write to their tracks. They are NOT about to let you make all the money. And even if they do let you write and produce, they'll take so much from you that you wont see a difference in the money anyway. Your best bet is to let them feel as though they need you, and you need them.

Ok, this section is geared mainly towards musicians. Here are just a few things to remember that will help you land your dream gig, and keep it!!

1. Put yourself out there!

I don't know how it was back in the day, but in this day and time, nobody is handing out top paying gigs in the unemployment lines. With today's technology, anyone can be seen or heard, especially through social media. If you don't have a youtube page displaying your skill on your instrument, good luck landing a gig before the thousands of musicians that do. It's not even about how many views you have. It's about making your talent available to be seen at any point. I know some people choose not to go the Youtube route because they fear the negative responses that could (and usually does) come with it. My belief is that if you can't handle that, then what about an actual gig? Don't let youtube intimidate you. Post your videos and let people see not only what you can do, but your personality as well. People want to know exactly what they are gonna be dealing with if they hire you. (Which takes me to my next point)

2. Be that person that people want to be around.

If I'm going on a 4 month tour in Asia, and I have the duty of putting a band together, guess what? My first thought is "who do i know, that I would want to be around every single day for 4 months straight." Yep, its not about who's the best. There are a lot of musicians that can play, but they are a pain to be around for 2 hours, forget 4 months! You gotta present yourself as a pleasant person to do business with. You often display the type of person you are on your social media pages. Believe me, if they're thinking about hiring you, they are gonna check out your FB, IG, and Twitter! Ultimately, they want to know if adding you to the mix is gonna make them look good.

3. Show them that you can make them money.

Sad to put it this way, but really when it boils down to it, the main reason you get hired for pretty much any job is because the company feels like you can help make them more money. It's no different in the entertainment industry. Teams pay players because they know the players will bring more revenue to them. You have to show that MD, producer, songwriter, publishing company, or whoever,  that you are valuable, and that adding you to their team will make them more money. The next time you're at an audition for a tour, and the person interviewing you ask "what makes you different than all of the others," tell them "Because I can make you more money than everyone else" and watch their brow raise. Now they're probably gonna ask you how lol, which at that point you can go in and tell them whatever you normally would have said, but believe me, actually telling someone that you can make them more money than anyone else, will definitely be remembered and will make a huge impact!

Here is SAMPLE conversation you can use!

Interviewer: "So, what makes you different?"

You: "What makes me different is that I can make you more money than the rest of these players."

Interviewer: (Chuckles) "Really, how so?"

You: Well for starters, Im the most dependable person in this group of musicians. While everyone else was pulling up in there cars for at 3:45p for this 4pm audition, I was already in the parking lot at 3:15pm waiting for the door to open. When I'm late, Im still early. While everyone else practiced on that one song they had to choose, I learned all 6 just in case i was picked, and had to do a live set with the artist this weekend. Basically, while everyone else is getting ready, I've been ready. I'm already doing what they're trying to do, and I already am where they're trying to be. We both understand that time is money, and I just saved you a lot of both. Your job as the interviewer is to find the best man/woman for the job. Well I am that person. Choosing me will make you look good to your employer, which will keep money flowing into your pocket. Win-Win for both of us!


Ok, I gotta break our of character now cause I almost just hired myself! LOL! I hope this post helps somebody! Please share and be blessed!!!