It's all about perspective.. 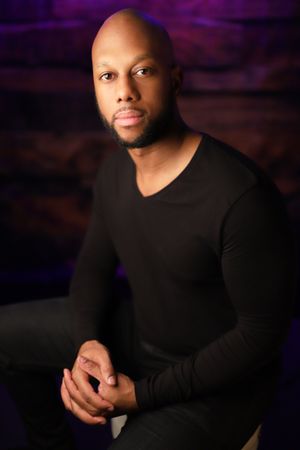 Here's something not many people know about me. A lot of people ask me how I was able to become a full time producer/musician. Well, I did something that a lot of people wouldn't. I would do full tracks for people for only $250, and let them keep ALL of the rights. Yep. All of it. I was so sick of my 9-5 that I was willing to do that if it meant I could leave my job. My ad on Craigslist would end with "You Dream It, I Scheme It, You Own It!" Now of course I felt crazy for doing it, and you know my friends called me crazy too. But while they were charging $1000/per track with absolutely NO clients, people were jumping on my deal like crazy! Within a few months, I acquired over 14 songwriting clients. I would easily make a stack every week, sometimes more because they just kept writing new songs and sending them to me. One guy actually went to the bank and took out a loan because he had 15 songs he wanted me to produce. In no time I replaced the income I was making on my 9-5, and in 2010 I walked off my job as a delivery driver, and haven't worked on a job that wasn't music based since. I know tracks can be potentially worth millions, but I just felt like why not sale a track that I could make in 2 hrs for $250. I mean, some days as a delivery driver, I would deliver $30,000 of medicine in one day, but only got paid $11/hr. NOW THATS WHAT I CALL CRAZY! I guess it's all about perspective. Now today, I don't do tracks cheap like that anymore, but I can definitely say I don't regret it one bit. Even if one of those tracks went platinum today, the money I would miss from it couldn't possibly replace the last 4 years of NOT having to wake up at 3:45am, to get to work by 5am, only to get off at 6pm, just to go home and sleep and do it all over again they next day. I just thought I would tell this story. It might actually help someone. If you're anything like me, then every now and then while you're at work, a thought comes across your mind like "what in the world am I doing here!" If that's you, then you might wanna read this story a couple of times lolol!